Minnesota won its second straight PGA Junior Cup Matches on June 30th in Hudson, WI at Troy Burne Golf Club 19.5-16.5 over Wisconsin. This is a two-day event featuring 48 of the best high school golfers across Minnesota and Wisconsin. The format includes four-ball matches on the first day and singles matches on the last day.

“I’m proud of the way our kids played and to win it for a second straight year feels great,” said Minnesota PGA Junior Golf Director Bob Bush. “Wisconsin put forward a great effort; this is what we wanted. These teams competing and the matches going down to the wire.”

The Minnesota-Wisconsin PGA Junior Cup Matches has been ongoing between the two PGA Sections since 1998 with Wisconsin holding the all-time lead 12-8 after Minnesota’s win today.

Decorated Wisconsin native and professional golfer Charlie Danielson made an appearance at Troy Burne and shared his thoughts on playing in the cup matches when he was in high school.

“It’s definitely one of your goals playing high school golf,” said Danielson in reference to making the cup matches roster. “Obviously, winning a state championship is a huge goal but to make the team and come together with kids you’re normally competing against is really fun.”

Danielson is among a long list of golfers who played in the cup matches and went on to bigger endeavors at the next level.
Wisconsin was nothing short of gracious in defeat. “Troy Burne is a fabulous facility and even though we didn’t win it, the kids had a blast,” emphasized Andy Landenberger, Wisconsin PGA Junior Golf Director. “There were a few matches that could have gone either way at the end, and we just couldn’t get it done.” 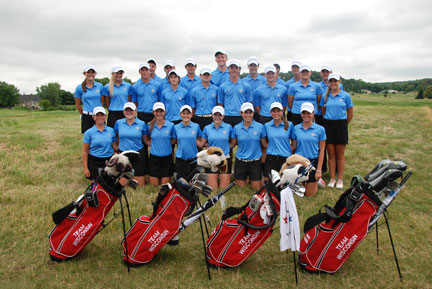 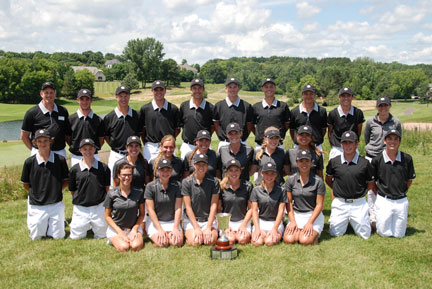