To many Wisconsin golfers, Hudson, Wisconsin sounds like a long way away. Whether the trip takes an hour from Eau Claire, or four hours from Milwaukee, one thing is for sure, the golf experience at Troy Burne is exceptional.

First and foremost, Troy Burne is a friendly place. Friendliness is the first thing that new players notice. It may not be a conscious thought. It is a feeling. A businesses culture starts at the top and trickles down through the staff. Forget the fact that Head Professional Dave Tentis is one of the best golfers ever in Minnesota. (A series of freak injuries have kept Dave from greatness on the PGA TOUR.) Dave Tentis is a humble person with a great smile. Dave appreciates those who come to play his golf course. His handshake is genuine. That attitude flows down through his staff. Everyone at Troy Burne makes you feel welcome.

In the late 1990’s, when Glenn Rehbein, golf course builder and developer, first saw this property, he had a vision for the premier public access golf course. Rehbein shared his vision with Minnesota native and 1996 Open Championship, Tom Lehman. Troy Burne would be Lehman’s first signature golf course. Lehman teamed with golf course design firm Hurdzen/Fry, with a well-earned reputation as environmental pioneers. Their golf course would be designed to protect the environment while flowing with the natural topography created by water gently flowing to the St. Croix River. The term “Burne” means water, therefore water is a prominent part of the golf course design, and is beautifully blended into the design on eight holes. Lehman’s fingerprints are evident throughout the layout. With 120 strategically placed bunkers and a variety of interesting green complexes featuring an intimate stadium design, the course quickly earned a reputation of being a great test of golf. From elevated tees on every hole, the golf course is right there in front of you.

During the recent Ryder Cup at Hazeltine, Tom Lehman Vice Captain of Team USA, spent a day at Troy Burne. Lehman told Tentis, “Troy Burne is one of the top three golf courses that I have designed.”

Golf Course Superintendent, Mitch Fossey, and his experienced crew, maintain Troy Burne in near tournament condition on a daily basis. Tentis said that Fossey and his staff have been challenged to maintain the fairways and greens firm and fast. “We want players to play the golf course that Lehman designed.” The result, Troy Burne Golf Club is in terrific links style golf condition.

When golfers find a friendly golf course that is in great condition, corporate golf outings seem to follow. Troy Burne caters to all sized events – large and small, corporate and personal, and has developed a reputation as one of the finest courses to host a corporate outing. Golfers who normally play in “scramble tournaments” enjoy playing an upscale golf course like Troy Burne.

To provide an even better outing; the clubhouse has been remodeled to include an event center that seats up to 300. Amber Shaw, the Wedding and Event Manager at Troy Burne insures all of their weddings and events are executed to the highest standards, exuding the class that the Troy Burne name represents.

The newly remodeled bar and restaurant now has a beautiful wrap around patio overlooking the back nine. Luke Rother, the F&B Manager and Head Chef has designed a flavor-filled craft-style menu for their restaurant, The Grill at Troy Burne, now open seven days a week in-season serving breakfast, lunch and dinner. Golfers and locals alike enjoy the rural feeling while feasting on delicious, locally sourced cuisine.

Brent Snyder, who is in his 11th year as Director of Instruction at Troy Burne, is one of the area’s best teaching pros. He was selected as Golf Digest 2017 Best Young Teachers ~ Top 100 under 40. He was the 2015 Minnesota PGA Teacher of the Year and the 2013 Minnesota PGA Player of the Year. Snyder has spent his life-serving people and promoting golf. Prior to Troy Burne, Brent lived in Sea Island, GA., and credits a lot of his knowledge to the famous TOUR players and instructors that reside on the island. From TOUR level players to beginners, Brent helps his students reach their highest potential.

As Troy Burne approaches it’s 20th year, it has truly become one of the best in so many ways. 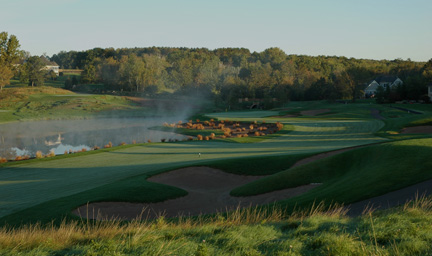 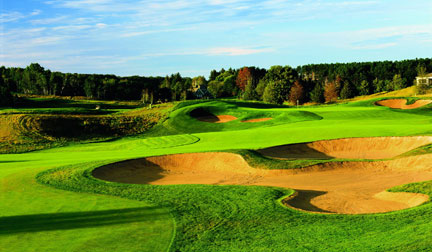