What do you feel is the most important responsibility, or biggest part of the Championship Director job?

My biggest responsibility, if I had to sum it up in one sentence, it to have the 2019 KPMG Women’s PGA Championship “up and running” by the time everyone arrives at Hazeltine National Golf Club for Championship week. And while that is an overly simplistic overview, and there are lots of details that go into that pursuit, that is essentially what Championship Directors do.

When were you appointed Championship Director of the 2019 KPMG Women’s PGA Championship and what credentials did you bring to the job?

I was appointed Championship Director in June 2017. So, it will be a two-year runway leading up to the Championship. I began working for the PGA of America in 2016, as Director, Corporate Hospitality for the Ryder Cup. Prior to that, I’d worked for Troon Golf in Arizona. I’ve been in the golf business for quite a while now, and for me, a position like this has been a win-win right from the start.

Hazeltine National has hosted so many different USGA and PGA events, what do you think the differences will be hosting its first LPGA event?

Hazeltine’s long and storied history of hosting major Championships began with U.S. Women’s Open in 1966 (they hosted it again in 1977). Since then, they’ve hosted a Ryder Cup, a pair of PGA Championships, Senior Golf, Amateurs, Mid-Amateurs, College Championship, but it has been a while since the world’s best women golfers have returned to Chaska. That’s one of many reasons to be excited about this Championship. The players on the LPGA Tour are very excited.

What are a couple of challenges that you have had to overcome during the planning and execution of preparing for the Championship?

Mother Nature is always a factor, rain of shine. That said, everyone locally knows we have endured, not only a very long winter, but also a wet spring. But in the end, that’s all going to be advantageous to Chris Tritabaugh and the grounds crew. They’re always going to have this golf course in terrific shape, and from everything I understand, expect it to be greener than green in June.

One other unique aspect of this Championship is that it reflects a collaboration between the PGA of America, KPMG and the LPGA. The relationships these three groups have with one another are tried and true because our shared objective is to elevate the Championship every year. Plus, we are now five years into the relationship, so we understand one another. Other key stakeholders include NBC/Golf Channel and our hosts from Hazeltine National Golf Club.

How do you balance the Championship Director responsibilities in relation to your everyday life and job?

It is a balancing act, for sure. As we gear up for Championship week, I’ve had to make some personal sacrifices, everyday “things” that are best put on hold until after the event. But now that we are roughly three weeks away from Championship week, it’s easy to see progress. In fact, I am seeing it daily here at the golf course, where construction is on schedule, which is just the way we like it.

What are you most excited to see when the players get to Hazeltine National and the Championship begins?

I’m most excited to see how all aspects of our two-year plan and execution come together. There are so many moving parts, and so many details that have to come together to make these events work. And they are.

We work very closely with our Championship Department at PGA Headquarters in Palm Beach Gardens, Florida. We also are enormously grateful for the 1,500 volunteers that currently comprise over 30 different committees. We could not stage an event of this caliber or scale without all our partners. When it all comes together, the weekend before Championship week, it will be very rewarding… and I’ll be smiling!

I think the primary difference our spectators will notice is that the golf course will revert to its original routing for the KPMG Women’s PGA Championship. For those who may have forgotten, in 2016, the routing was altered to maximize the many aspects of match play that are so prominent for the Ryder Cup.

For the KPMG Women’s PGA Championship, the golf course will play 6,807 yards. We expect the golf course to be challenging, yet fair, for the top women golfers in the world. There will be ample opportunities to score and good shots will be rewarded.

Also, as a reminder, the PGA of America offers complimentary access to military and youth. To honor our country’s veterans and military personnel, all active duty, military retirees, active reserve, National Guard, Department of Defense civilians and an accompanying guest will be admitted to the Championship free of charge. Each ticketed adult may bring up to four juniors under age 17 to Hazeltine for free each day, with no registration required.

What would you like the spectators to know as they are deciding whether or not to attend the KPMG Women’s PGA Championship?

I’d simply encourage anyone who is thinking about coming to follow their instincts. Come join the fun! The 2019 KPMG Women’s PGA Championship produces a terrific atmosphere for fans of all ages, with unmatched accessibility to the game’s top players in the world and at one of the country’s premier courses. Plus, the tickets are affordable, as daily ticket prices start at just $20. Saturday, June 22 will be Youth Day, so bring your whole family out and make some memories.

The definition of an experienced Championship Director is someone who acts as point person on all tournament related issues, and Renee and her team have all their bases covered and more – all with a smile on their faces.

Thank you Renee, we will be at Hazeltine National for Championship week along with our readers. 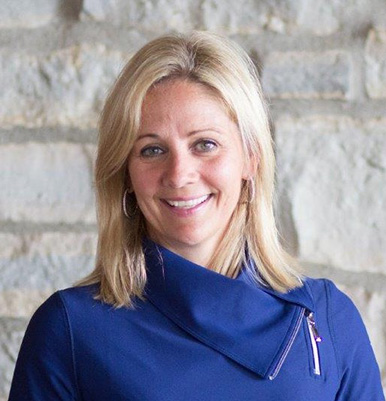