Running Aces – The Something For Everyone Place To Go

In the early 1960s, movie theaters went from featuring one to multiple screens so more people and different types of movie fans could gather. That same idea is thriving at Running Aces where so many are finding this to be a hidden jewel of a destination!

What Makes Harness Racing So Fun To Watch?
Center stage is a 5/8 of a mile harness racing track with indoor and outdoor seating and even a private suite. There’s wagering in all sorts of combinations and a super friendly and helpful staff ready to assist you.

Harness racing is truly an act of discipline. The Standardbred horses used in harness racing are shorter then thoroughbred horses, yet are very muscular and known for their willing temperaments. These horses must maintain a specific pace or trot. There are two distinct varieties, differentiated by their gait: the pacing horse, or pacer, which moves both legs on one side of its body at the same time; and the trotting horse, or trotter, strides with its left front and right rear leg moving forward. If the horse “breaks” that motion or rhythm, they are disqualified.

Also, instead of jockeys used in thoroughbred racing, harness racing has a driver that is in a low hanging, light weight two-wheeled vehicle called a sulky pulled by their horse.

You will also find a faster pace of races at Running Aces. Most are run every 15 to 25 minutes unlike thoroughbred races which often start ever 45 minutes or hourly. So there’s simply more going on. Plus with simulcasting on dozens of screens from across the nation from top thoroughbred and harness tracks, there’s plenty of action. And that also means that the prize purses at Running Aces are enhanced by those people placing bets from all participating harness racing venues across the United States.

Should you want to keep it simple, you can pick one horse to win, come in first, place, come in first or second, or show, be in the top three finishers. But the payout is the same regardless of the position in the place and show bets.

The harness racing season at Running Aces runs from May to September, race days are Saturdays, Sundays and Tuesdays with Wednesdays added from the end of July through closing.

It’s In The Cards
There is also a large card room, which runs year round and 24 hours a day. You can play a variety of games with no commission and no antes including Blackjack, Blackjack Switch, Single & Double Deck Blackjack, $2 Blackjack, Free Bet Blackjack, Pai Gow, Mississippi Stud, 3-Card Poker, 4-Card Poker, Ultimate Texas Hold’emand EZ Baccarat.

Their Aces Rewards program offers a myriad of member-only specials and deals. Plus, you will find a full schedule of tournaments with all sorts of winnings available. There are promotions and exclusive prize opportunities going on all the time, their website has all the details at runaces.com

Now That’s Fresh Fish!
If you grew up in the metro area, you may have memories of catching a live trout right out of a pond at Trout Air. That idea is still alive at the Trout Air Fishing Experience where you catch ’em and they clean, prep and cook ’em. The fresh trout dinner comes with a bread basket, soup or salad and a choice of potato that runs about $20. Or if you prefer take your catch home or to the cabin. No license or gear needed.

Inside Running Aces you also have fine dining at the Trout Air Tavern, the always open All-In Grill has a host of tasty options and the Pub on the Pond outside features cool drinks for your fresh trout. Oh and don’t forget a snack bar with grab and go favorites. It’s nice to know they are committed to source local fresh food and craft beers.

A Coveted Local History
As you enter Running Aces, you can’t help but notice two giant murals celebrating the most famous harness racing horse of all time – Dan Patch. He was the outstanding pacer of his day and broke world speed records at least 14 times in the early 1900’s, finally setting the world’s record for the fastest mile by a harness horse (1m:55s) in 1906, a record that stood unmatched for 32 years. Dan Patch lived and trained in Minnesota from 1902 and never lost a race! Ironically his owner, Marion Savage, and Dan Patch died within thirty-one hours of each other in July 1916. The town of Hamilton was renamed Savage in honor of Marion.

Closer Than You Think
You may be surprised to realize how close Running Aces actually is to the surrounding metro area. Whether you’re on the east side of St. Paul, the west side of Plymouth/Minnetonka or Downtown Minneapolis (my departure), I was shocked at how quickly I got up there, even during rush hour!

Bring A Group
The folks at Running Aces can help you put together an ideal office outing, company party or class reunion, stag or stagette party. They can accommodate groups of most all sizes and will build an unforgettable experience for you and your group. From meal planning, special behind-the-scenes tours, exclusive seating, transportation, to activities and prizes, one call to Running Aces (651-925-4600) will get the party going!

Always A Good Deal!
At Running Aces they understand and appreciate that they compete with all the other things going on during a preciously short Minnesota summer. So they keep things as thrifty as possible and try to be family friendly. For instance they have special promotional evenings with $1 hot dogs, $2 beers and other specials like lunch for two for $10. And on Sundays there are special events for kids, like face painting and other games. It’s like Minnesota nice prices when compared to other options in the Twin Cities.

Think of it as a cross between the St. Paul Saints and a more affordable State Fair. I think you’ll find it worth the short drive. 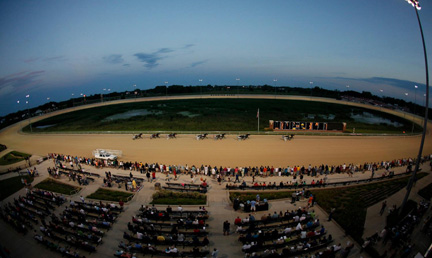 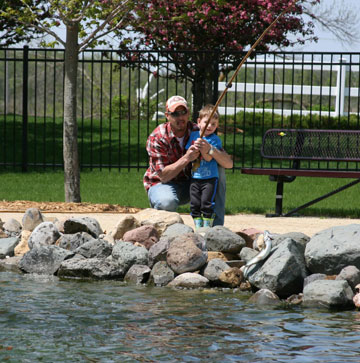