Maybe Happy Gilmore had it right. Mr. Gilmore once quipped that “Golf requires goofy pants and a fat a–.” You see Gilmore started as a hockey player playing golf. And then one fateful day, that all changed.

Malcolm Gladwell is perhaps the Happy Gilmore of podcasters. His brainy podcast dubbed “Revisionist History” revisits the forgotten truth behind stories lost in the cracks of history.

Gladwell recently took up the game of golf. Well, he didn’t actually play the game, he simply saw a country club while on a jog, and then quickly determined the game of golf is “Crack cocaine for rich white guys.”

Overprivileged. Untouchable. Greedy. Entitled. Rich. White. Guys. Of which, he probably is one. Gladwell meticulously pieces together his case against the game that he openly hates, even wishing listeners will hate it too by the end of the podcast.

The only problem is that Gladwell, a world-renowned author, and admittedly entertaining podcaster, doesn’t bother to play the game himself before passing judgment on it. He quite literally does a driveby of the game – equating it to a bunch of wasteful insiders while peering over the barbed wire of Brentwood Country Club.

And what kind of circles does this guy run in where he gets to judge The Golfing Elite, let alone the game? He starts the mid-June podcast by saying he stays in his buddy’s Brentwood poolhouse every time he’s in L.A. Not exactly roughing it there, Kato! Gladwell’s logic is also flawed, encouraging listeners to hate golf based on the relative square footage that private golf courses take up vs. the property taxes elite L.A. courses pay. Sure, Trump’s golf obsession gives Gladwell plenty of ammo. But the 1% play a vastly different game from week to week than the other 99.

And how dare CEOs play golf! How dare they have the gall to post their ritzy rounds on, gasp, a publically accessible USGA site. How audacious!

Well I say Balderdash!, Mr. Gladwell. Balderdash, indeed. In the immortal words of Mr. Gilmore, “Why don’t you just go to your home!?”

Alas, he’ll never compare to the young subset of podcasters that make up No Laying Up. If you haven’t had an opportunity to tune in, No Laying Up is comprised of a few “fanalysts” who are breaking the mold and have begun to forge relationships (and gain access to) some of golf’s elite. Just four years in, Chris “Soly” Solomon and the team have interviewed Rory on a recent podcast, and have a somewhat close (texting) relationship with Justin Thomas.

So close is Soly with “JT” that Thomas actually texted the podcaster after the Masters to let him know he’d be bringing home a Major in 2017.

We’re seeing a new era of golf media coverage. Perhaps, even the future of it. Where vibrant fans with a fresh voice and enough love for the pro game to quit their 100k-a-year jobs to follow TOUR players like a hippie at a Dead Show. The podcasters of No Laying Up are self-taught, Gonzo millennial country clubbers with a hip language all their own, unencumbered by AP style and media credentials.

No Laying Up vocab includes:
● “Hot Takes” An initial, generally degrading, viewpoint of a player’s performance.
● “Pro Traj” Flighted, low, piercing shots that two hop and stop.
● “Peak” anything. The quintessential display of a player’s persona. See: “Peak Spieth” on the 13th at Birkdale.
● “Tour Sauce” Instances of Tour Sauce include, but aren’t limited to: walking in putts before they drop, pronounced club twirls, picking up a tee a moment after a pured shot has left the clubface, dropping a club immediately after a poor shot.

Their worth a shot at NoLayingUp.com or download the podcast and listen while mowing the lawn (my favorite way to take it in).

All The Fall Feels
For a golfer, there are few better feelings than glancing down in early fall to see the following:
● Your ball coming to rest in the only spot without a leaf for miles.
● Your pitch mark in front of your ball on a par 3. Think about it.
● The beginnings of a ware spot in the center of a new wedge.
● Your son finding a loose golf ball and returning it to you.
● Your daughter taking a nap on the practice green.
● Clean white golf shoes against emerald turf.
● Wedge distance approach on your GPS.
● A tear in your once new golf glove.
● An Amazon package with a new book.

Biting The Bullet
After hearing about it my entire golfing life (sadly, we’re approaching my 25th anniversary playing the game), I’ve read about Ben Hogan’s “Modern Fundamentals of Golf.” Within hours of picking it up, I changed my grip, spent 2.5 hours at the range, and have never felt more uncomfortable over a ball in my life.

Change takes time. And commitment. And no one was seemingly more committed than Hogan. He was laser focused, and the level of detail presented in the book is impressive. Dude talks about the level of pressure in his pincer fingers. But my favorite tip so far? Drink ginger ale before a round. It’s not only refreshing, but helps reduce any swelling in your fingers, thereby helping with grip, feel and touch. I wonder if he was sponsored by Seagram’s

Does The FedEx Still Deliver?
The FedEx Cup Playoffs have been around since 2007, but does anyone really care about the FedEx Cup yet?

The four-event pro golf playoffs are (for me) an odd, silly season slide into the end of the PGA TOUR schedule. I just don’t get jacked for the FedEx Cup Playoffs like I would if the The Crew or The Twinkies were hunting October or The Pack found their way to the NFC Championship. Granted, the Playoffs are high stakes – with more than $11 million going to the winner of the TOUR Championship when all is said and done.

The penultimate event in the Playoffs will be held September 14 – 17 at Conway Farms Golf Club during the BMW Championship. The remaining 70 finalists in R3 of The Playoffs will battle for their share of a ho-hum $8.75 million dollars, and a chance to get into the Top 30 that advance to the TOUR Championship.

The gorgeous course is spotted with tiny, shiny greens and meandering fairways with menacing bunkering and should look pretty on the telly. It’s right in our Midwestern backyard in Suburban Chicago (Lake Forest), where it’s been held at Conway every other year since 2013. Tom Fazio designed the private club, opening for play in 1991. Today, Conway Farms is ranked among the Top 10 in Illinois, per Golf Week.

You can take in the former “Western Open” event (previously centered at Cog Hill), by way of a practice round ticket for a smooth $40, up to a $450 to enter the prestigious 1899 Club, which is a reference to the founding year of the Western Golf Association, not the tent’s max capacity.

I’ve hit my quota for Dad Jokes for this month. Enjoy the twilight fall golf while you still can, folks. There’s nothing quite like it. 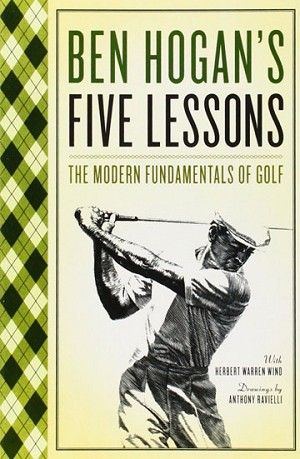