Each year as the oak and cottonwood dress their golf course in the splendid fall colors, the members a small town golf course in rural America prepare for their favorite golf event.

On the first Sunday in October members of the 9-hole golf course bring their favorite pet to the course for the annual Pet Golf Scramble. Golf is followed by a potluck dinner featuring Hot Dish, Apple Pie and German Chocolate Cake.

Over the years, the combination of pets and the blind draw-foursomes event, have created many, shall we say, interesting and memorable highlights. Among the best was the Burmese Python in the same foursome with the Guinea Pig. (You fill in the blanks!) The Python had German Chocolate Cake for dessert.

Louie and Nancy showed up with their six year old frisky male Shih Tzu named Murphy. Murphy’s parents were paired with David and Janet, the proud owners of a beautiful little six-month-old blond Pit Bull pup, called Bambi. “When we got her she reminded me of a little fawn, that is how she got her name,” Janet recalled.

The couples, which had been club members for years, knew each other quite well. The dogs were strangers, but not for long.

Murphy, who was very obedient and responded immediately to either owner’s command, was allowed to roam off leash. The timid mild mannered Bambi operated on a long retractable leash.

Early in their relationship, each time Murphy came near, Bambi would roll over in a submissive position and allowed Murphy to sniff and nudge to his heart’s delight. As Bambi became comfortable with the older male dog, she transformed into a playful teenaged pup. Murphy responded and became the puppy playmate that Bambi had been missing.

After Janet, the first putter in the foursome, sank a short putt for par on the third hole she said, “I can’t believe the dogs get along so well. Murphy is acting like a puppy and Bambi seems to be a teenager in love.”

As the dogs tired, romping is a tough sport, Murphy led Bambi to some familiar just off the fairway locations, where gophers lived and pheasants were known to roost.

The fourth hole was a disaster before the team got off the tee. All four team members hit into the water off the tee on the little par-3. The fifth was not better, with the team scoring back-to-back double bogeys

The dogs did not notice the golf disaster; they soon moved in unison like members of the pack.

Nancy remarked, “What an odd looking couple. I wonder what kind of puppy’s those two totally different dogs would produce?”

The round continued with a par on #7 and #8. Then on the tough finishing hole, Louie hit a solid drive followed with a pure rescue club to 12 feet. Nancy said before she hit the birdie putt, “If we could make this one we might get a skin. That would make the day a golfing success even if we don’t win a team prize.” The putt dropped and the team members exchanged high-fives while the dogs, which sensed the excitement, danced and barked with pleasure.

The sun was setting in the autumn sky and the cooler sat open on the end of the picnic table. The dogs were asleep under the table that held four paper dinner plates, four dessert plates and seven empty beer bottles. “I am so full I had a hard time getting that last beer down,” said Louie as he patted his bulging stomach.

“Can you believe that we nearly finished both of those bottles of chardonnay Janet?” Nancy exclaimed. “At least that skin money will pay for those two with some to spare.”

“What are you grinning about Dave?” Louie asked. “You have a funny look on your face.”

“I was just thinking what we would call the breed if those two dogs of ours got together and made some puppies. I don’t think we could sell very many baby Pit-Shih Tzu.”

As Janet swirled her glass of chardonnay in the sun’s setting light she laughed, “We could call them Shih Tzu-Pits. No that would sound too much like an outhouse.”

David response was hard to get out as he was trying to suppress a laugh as he spoke, “We would have to call them Bull-Shih Tzu, since that is exactly what we are doing right now.”

The boys popped the cap on two more as the conversation continued. “What do you think they would look like?” “Would they have long or short hair?” “Would they be solid color or spotted like their dad?”

Orange skies darkened and hoodies were pulled up tight as the dogs snuggled under the table unaware that the arranged marriage was planned. 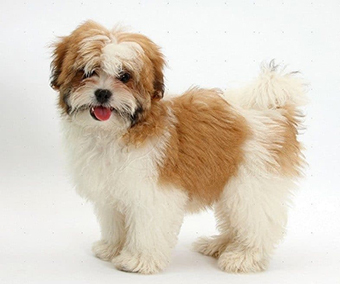 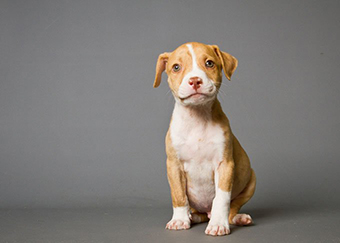