I was a starter on the junior high team and Paul was a star on a very good high school team. The lanky 6’1” forward with point guard skills was the leading scorer most games. Paul had twin brothers one year younger than me – the family lived only a block away from our home.

Paul proved to be a better golfer than basketball player. His high school golf team won the state championship and Paul finished second overall. I was taking an interest in golf in junior high and had the opportunity to play with Paul a few times before my freshman year. Paul stayed in Hays and attended Fort Hays State University where his father was a professor.

Paul was known as a long hitter, but as time passed I could drive it with him and often out drove him. By my junior year in high school he had given me the nickname “Smasher.”

Like most really good golfers, Paul was very superstitious and had a certain way of doing everything on a golf course. He played only Titleist (black print – 100 compression) golf balls. He believed that Titleist balls were far superior to any other balls. He only practiced with Titleist Blacks. Since distance off the tee was a huge advantage for both Paul and I, we only played the Titleist Blacks. Paul’s quirks went beyond the name on the ball, he played only #3 balls. I never saw Paul hit anything but a #3 Titleist Black. Paul firmly believed that the highest compression spot on a wound balata golf ball (the place on the golf ball that caused the ball to travel the farthest off the tee) was the exact spot where the name and number was stamped on the ball. Every tee shot was hit directly on the stamped logo.

For over 30 years I teed my ball with the logo directly where the driver would strike it. Common sense finally told me that balata balls more than likely became mushy from repeated pounding on the same spot.

We traveled to short-stop tournaments together, where I observed course management, Paul style. In west Kansas the wind always blew; I copied Paul and learned to knock the ball down in windy conditions. Paul always hit a hook, I got one up on him when I learned to hit a knock-down cut shot so I could hold a ball on line in a right to left wind. “I wish I could remember how to do that today!”

I vividly remember shooting 29 to beat my hero. At the Ness City short-stop on a Sunday afternoon, I holed a long putt on the 9th hole (most west Kansas courses in these days were only 9-holes). Paul said, “Nice 29 Smasher!” The 29 was good for the tournament win and the first time I had beaten my hero Paul in a tournament. What a feeling!

After graduation Paul moved to Kansas City where he became a school principal. For several years Paul would invite me to his club for the annual member guest. I don’t recall ever winning the event, but we did make more than beer money in games before and after the tournament.

As we progress deeper into the age of computers, I have learned to view my brain as a computer. I continue to be amazed how a 76 year old computer “brain” can instantly recall every facet of many of my days on the golf course with Paul Palmer. 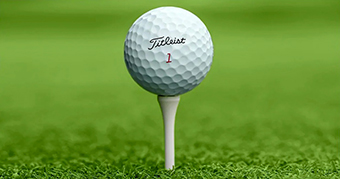