It is people that move the needle in GOLF and we’ve covered nearly every category of industry participant in this series… from developers like The Keiser Family, architects like Jeffrey Brauer, media experts like Matt Ginella, authors like Tom Coyne, brilliant photographers like Brian Oar and Evan Schiller, passionate players like Brian Knoetze and the people who work with all of us – the great caddies of America. To wrap this series up, I thought it would be appropriate to acknowledge the diligent promotional agents we have – from national brands like Troon Golf, KemperSports and Buffalo Agency, local ambassadors like Steve Wetzler and Kim Benjamin of this magazine (who run from attention and credit, but very much deserve it for their selfless and continual generosity), and the many great product companies that provide all of us with new toys, games and gear every year.

As a public relations and marketing agent, I’m always on the lookout for great new products to share with my various audiences, and am particularly drawn to the companies with great stories – the ones trying to positively revolutionize the game their own way, and give us new and rewarding ways to experience and love golf. There are obviously too many of these companies and products to mention in just two pages, but I’d like to single out five for you to pay specific attention to (if you’re not already): Dean Snell of Snell Golf, Brendan and Matt of Chippo Golf, Birte and Karl Toosbuy of ECCO Golf, Henri Johnson of Flightscope, and the gentlemen of Some Guy’s Backyard – Ben Hotaling and Zach Brough.

Snell Golf: “No Tour Contracts. No Extra Costs. No B.S.” Dean Snell has 30 years in golf ball research and development and 40 U.S. patents in plastics engineering. That’s a big part of why I trust that guy, and why I only play his golf balls. In 2015 he launched a company intent on providing premium golf balls at affordable prices. With over 300% growth every successive (and successful) year since, it is clear that he knows what he’s doing and that golfers like you and I appreciate his work (as well as the major cash savings). Dean didn’t just stumble upon his formulas. He was an aeronautical engineer before working for TaylorMade, Titleist and FootJoy. Yes, before he invented the original ProV1 and TaylorMade’s first five layer golf ball (the Penta), he was designing composite parts for F16s, F18s and Blackhawk helicopters. Now, year after year his golf balls are winning Golf Digest Golf Medals and (most recently) even being recognized for having the “longest ball in golf” according to MyGolfSpy.com (the MTB-X model). As you can tell, Dean very well could’ve stayed where he was with the “big dogs.” But he wanted to make a difference, carve a new niche, and help millions of golfers around the world maintain quality while saving a quantity of cash, and for that we all should thank him and buy his golf balls. (Visit SnellGolf.com to check out the lineup.)

Chippo Golf: A successful Kickstarter campaign in 2017 launched this “golf cornhole” game so far into the mainstream that it was awarded “Best New Product” at the PGA Merchandise Show in Orlando in 2018 and has been featured in viral videos, Golf Digest and on The Golf Channel since then. Brendan and Matt – self-described “washed up athletes” co-founded the product based on the success of bean bags/cornhole. “There are two things that washed up athletes love more than anything else in the world,” they said. “Golf and backyard games… and we’re terrible at both.” Both guys are the kind of guys you’d love to spend a lot of time with – hilarious and extremely self-deprecating. “The game was my idea,” Brendan says, “but Matt is a huge loser and was going to steal the idea. If I hadn’t caught him, I’d be more of a nobody than I am today.” Oh, you’re definitely a somebody Brendan. You both have brought a lot more fun into people’s backyards, and (in my case) we’ve got one in our downstairs living room now to get us through the winter. (Visit ChippoGolf.com to pick up your own!)

ECCO Golf: The little company that could, ECCO was founded in 1963 by Birte and Karl Toosbuy, master shoe builders with ambitious dreams to be entrepreneurs. They established their headquarters in southwest Denmark and over the past six decades have expanded across the globe. It’s hard to believe their modest beginnings were ever that, but they truly were, and it wasn’t until the 1990’s that their product appeared on U.S. shelves. They quickly gained a foothold here, being named the “Footwork Company of the Year” in 1994. In 1996 Karl, and his son-in-law Dieter Kasprzak, took their leather expertise into golf, and the rest is our kind of history. Karl Toosbuy passed away in 2004 and his daughter Hanni (Chairman of the Board) and her husband, Dieter, have steered ECCO through many successful years. ECCO has produced hundreds of golf shoes, each new series improved on by new technology. Their new BIOM G3 shoe was a bestseller across dozens of platforms and has golfers like me eagerly anticipating the release of their BIOM Cool Pro later this month. As the only golf shoe on the market utilizing GORE-TEX SURROUND technology, the Cool Pro is 100% waterproof, exactly what we need for our wet falls and springs. (Visit ECCOUSA.com for more information.)

FlightScope Mevo: Flightscope was founded in South Africa by electronics engineer Henri Johnson. In 2001 he joined forces with Stephen Parry to increase their mutual business potential and their focus was exclusively on tennis. They then joined forces with Jagro in 2008 and have defined tracking and scoring in tennis ever since. Golf is a bit more complex than tennis, but golfers love to track everything in their game from basic statistics to launch angles and swing/balls speeds. It makes sense that in 2007 FlightScope started getting attention on multiple platforms (baseball, cricket and yes, golf), and when they introduced the Flightscope Kudu in April 2007 – a compact indoor/outdoor radar-powered golf ball flight monitor system – retailers around the world not only noticed but heavily invested. Fast-forward a dozen years and some of the biggest names in golf are using their product – Matthew Wolff and Bryson Dechambeau – and now, thanks to the introduction of the pocket-sized Mevo, you and I can use it too. I know what you’re thinking… a portable 3D Doppler radar-based launch monitor that can accurately track carry distance, ball and club speed, spin rate, smash factor, launch angles and much more has to cost thousands. Right? Wrong. The Mevo retails for only $499 and connects to a Mevo app on your phone for a million more uses than I’ve listed. The saying “you get what you pay for” doesn’t apply here. With the Mevo, you now get so much more. (Check it out at: FlightScopeMevo.com)

Okay, so I’ve touched on technology, apparel, entertainment and golf balls – four categories all of us invest in heavily each year. But few of us invest in our golf the way the guys of Some Guy’s Backyard do.

Some Guy’s Backyard: Some people have practice greens in their basements. Ben Hotaling and his good friend Zach Brough decided they wanted an entire golf course. It didn’t fit in their basement, of course, but Zach had a perfect yard for a course just outside of Kansas City and the guys took the talk and made it walk. It started with one hole, built in 2015. That one hole was dubbed Brough Creek National as a joke – a great place to hang out and drink beer. In 2018 it became so much more with literally hundreds of people investing in it. Ben was the primary designer and, when it’s all said and done, the course will likely only end up being 7 holes, but they are some great holes, and author Tom Coyne (mentioned above) was at the Grand Opening this fall to commemorate the remarkable project. Totally free to play, though they encourage you to bring beer, they sent “Membership Letters” out to all sponsors. (Visit SomeGuysBackyard.com for more of their remarkable story.)

CLOSING: I wanted to mention Some Guy’s Backyard and Brough Creek National in wrapping up this Power Players Series to encourage all of you to follow your golf dreams your own way, whatever size or scope those dreams might be. If you have a vision of how YOU can change the game for yourself and/or for others, please don’t hesitate to try. Just look at all these success stories… someone might be telling yours someday too! 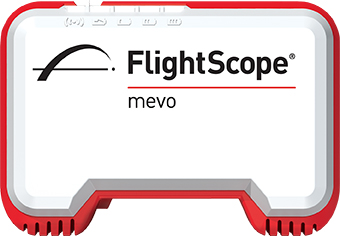 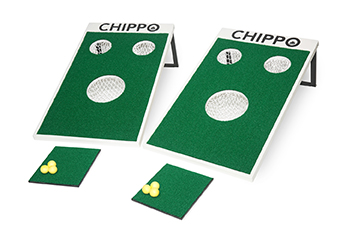