GreyStone Golf Club – Not To Be Overlooked

It was eight years ago when I played the last of what I esteemed to be “Minnesota’s 100 Best Public Courses.” I was telling a good friend about the experiences, and sharing the list with him, and he said, “One problem, dude.” (Problem?) I looked at him quizzically. “What’s that?” I asked. “Dude,” he said. (He’s from California.) “You don’t have GreyStone on here.” (I’d never heard of it.) “Dude… you’ve never heard of GreyStone? How is that possible?” (I still don’t know how I ever overlooked it.)

Two years in a row, the Tom Lehman Signature Course – GreyStone Golf Club – was voted not just a “Best Places to Play” by Golf Digest, but received an emphatic 4.5 out of 5 possible stars. (THEY didn’t overlook it.) The idyllic setting on the banks of Sauk Lake is seldom overlooked by anyone who does their homework, from golfers to wedding, banquet and corporate parties. GreyStone’s back patio is perfect for weddings and special events, capable of accommodating 80 to 350 people. They work with many area caterers to make sure each event gets specifically the menu they want… a reason why so many golf groups book their events there now.

Smaller parties, like families and golf-two, three and foursomes don’t have to order out at all. The GreyStone Grill has a great sandwich, burger, pizza, salad and appetizer menu (even a Kids Menu). A vibrant place to hang out pre (or post) round, the food and drinks are the icing on the golf “cake.” Because that’s what you’re really coming here for… the “cake.”

GreyStone is defined as a Scottish links-style course (for the most part) with five parkland holes mixed in. With four sets of tees playing anywhere from 5,395 to 7,059 yards, across rolling hills, wide fairways and large, undulating greens and around a variety of water features, GreyStone is a mixed bag of challenging elements with a singular unchallenged result. This is EASILY one of Minnesota’s Top 100 Courses. Easily one of the Top 50. Arguably one of the Top 25. (Especially if I’m the one arguing.) Friends of mine at the Golf Channel and in management at Golf Advisor will frequently ask me to send them my list of “Best in State” courses and GreyStone is ALWAYS on my Minnesota list.

I sheepishly apologized to PGA Professional Jamie Alderman for overlooking them all those years. “You found us now,” he said. “That’s all that really matters.” I forward that same message to you (the reader) now. You can’t pretend you haven’t heard of GreyStone anymore. From here on out, it’s your mistake if you ignore the pull to play there.

The front nine has a handful of stellar signatures, including my favorite (the short Par 4, 3rd hole, guarded by water at the front) and the peninsular Par 3, 5th hole with water on three sides and a bunker on the other. (That almost makes it an island green, doesn’t it?)

Regardless of who Tom borrowed his design tricks from, he pulled them off in rapid succession across the rolling lakeside surface, leaving the player with a most satisfied taste in their mouth. My favorite thing about GreyStone (now that I know exactly where it is) is that it’s only an hour from my house in the NW Metro. Only 80 miles of interstate (between St. Cloud and Alexandria) to a place I’ll never just drive by again. 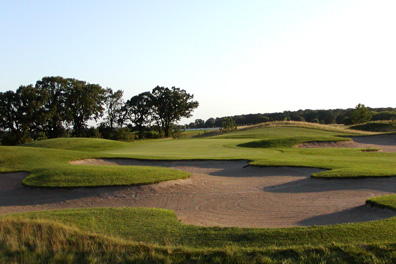 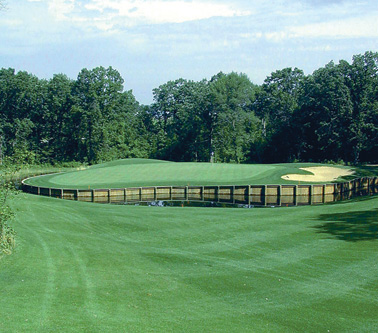