There are a handful of blue-chip historic courses across the greater Twin Cities area and the University of Minnesota Les Bolstad Golf Course is certainly in that league. Having morphed and reinvented itself several times since opening as a nine-hole course in 1915, it refuses to rest on its laurels. It has just introduced a new three hole layout to start the round. Holes #1, #2 and #3 have undergone a smart redesign that improves the playing flow, eliminates some cross-play safety concerns, while also improving sun exposure to a green with perennial health problems due to too much shade.

Under the technical and administrative guidance of Gregory Jamieson, Director of Golf/GM, the U of M will proudly open the revised track in mid-July. Head Golf Professional Eddie Wynne gave me a one-on-one tour of the layout changes and clearly the new design and green complexes will add some spark from a player’s standpoint. The par 4 first will become a semi-sharp dogleg right that rises and then falls into a new green that will require some thought on a left or right fairway tee shot. The par 3 second over water will now reverse directions making use of the old #1 green which will add around 20 yards to the hole. The new par 4 third will combine a new fairway extension into the existing fourth hole fairway. It will still finish as a downhill second shot, but switches from a fade to slight draw as it finishes into a generous green. These changes make it possible to restore the par 3 seventeenth to the original 1923 Minnepau design. All of this should be welcome news to both first timers and the course regulars.

Talking with Greg Jamieson is like taking a walk through the Minnesota Historical Society with a side of Wikipedia. Greg’s clear appreciation of the historical milestones and knowledge of the land acquisition’s, boundary changes and development into what we see now as the Les Bolstad course, practice facility and the nearby Midland Hills is well earned after 20+ years working for the University of Minnesota. The course originally opened in 1916 and operated four years as a 9-hole, 3,223 yard par 38 under the University Golf Links name (aka Thomas Course). In 1919 it was lengthened and fine-tuned into a legitimate 3,700 yard par 37 layout. Between 1922 and 1924, it changed ownership and was renamed twice going from Twin City Course to Minnepau Country Club and was eventually established as an 18 hole course in 1929.

The course houses one of the most complete practice facilities in the Midwest. The Range and Learning Center sports a collection of chipping, putting, bunkering and driving training options. The University Driving Range has over 60 hitting stalls at your disposal, whether you are hitting into the Big Ten logo target nets to improve your short game, or measuring your iron distances with laser-sighted distance markers, you will understand why the great players who have utilized the facility have dialed in their games here.

The courses namesake and New Prague native Les Bolstad is considered by many the ‘godfather’ of Minnesota golf. In 1926 at the ripe age of 18, Les became the youngest winner ever of a U.S. Public Links title. Les also won two Big Ten titles in 1927 and 1929 while playing for the U of M and went on to local fame by winning Minnesota Public Links, State Amateur and State Open titles during his long playing career. Les coached the University of Minnesota’s Golf Team from 1947-76 and instructed many of the state’s most celebrated golfers, including the legendary women’s champion Patty Berg. Les was indicted into the Collegiate Golf Coaches Hall of Fame and in 1983 the University of Minnesota on-campus golf course was renamed in his honor.

Playing a park style course like Les Bolstad can be a daunting. The fairway widths at Les Bolstad vary from comfortably wide to downright narrow. Keeping the spin off the ball is key to executing straight drives. There is no question you will need to punch out in a few spots even with a solid round going, but that’s the design feature that this style of course brings to the table.

Given the historical significance to both the players coming out of Minnesota and the evolution of golf in Minnesota, the Les Bolstad course should be given serious consideration for your next outing. In addition to all of that history you may find yourself enjoying one of the best send-offs you’ll ever have by a course starter. At 88 years young, George Vagher is a cancer survivor, a 31-year volunteer at the course, and the friendliest golf course employee I have ever met. His handshake and smile set the tone for a wonderful afternoon of golf winding through the tall oaks and curved fairways of Les Bolstad Golf Course. Thank you for the inspiration George! 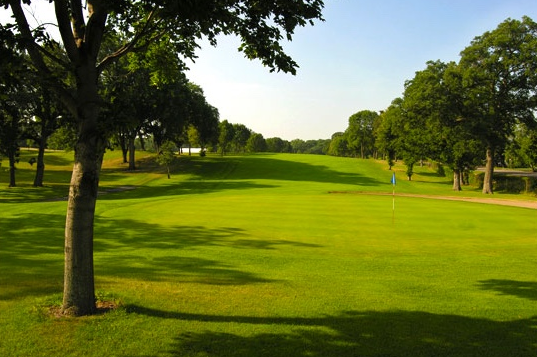 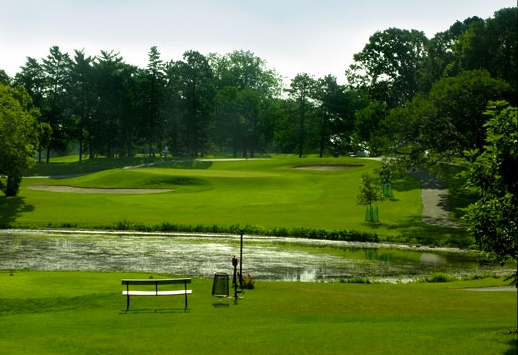