With the playing of the KPMG Women’s PGA Championship at Hazeltine National Golf Club June 18-23, the Club is continuing the mission statement of hosting national championships. This will be the first women’s national event at Hazeltine since the 1977 USGA Women’s Open won by Hollis Stacy. Upcoming Championships include the USGA Junior Boys in 2020, the U.S. Amateur in 2024, and the Ryder Cup in 2028, making Hazeltine the first course in the U.S. to host the matches twice.

Along with the PGA and the LPGA, KPMG has partnered to sponsor the second longest running tournament on the LPGA Tour, formerly the LPGA Championship, dating back to 1955. All the great women golfers have their name on the trophy with recent winners including Inbee Park, Brooke Henderson, Danielle Kang, and defending champion Sung Hyun Park. All four are expected to play this year along with top ranked American players Lexi Thompson, Jessica Korda, and Stacy Lewis. This tournament generally boasts the strongest field in women’s golf with 100 of the top 100 playing for a total purse of $3,850,000 with the winner receiving $540,000.

Golf is the main focus of the week, but the KPMG Women’s Leadership Summit is also a highlight. The purpose is to inspire the next generation of women leaders in their development and advancement. Past speakers at the KPMG Women’s Leadership Summit include: Condoleeza Rice, Lindsey Vonn, and Megan Rapinoe. The goal is to empower women on and off the golf course through their Future Leaders Mentoring Program with retreats around the country.

Hazeltine will play to a yardage of 6,800. Our wet spring has given us a green golf course, but also a soft course. If it stays soft, long hitters will have a huge advantage. But they also must avoid the thick rough that has also benefited from our spring moisture. Hazeltine’s greens are very difficult to hit from the rough, so hitting fairways will be crucial. Its hard to predict a winning score not knowing what the weather will be like that week, but if the wind is up and out of the southwest, 5 to 7 under par will be terrific. If the course is soft with calm winds, look for 10 to 12 under par.

If you are looking for favorites, I like Brooke Henderson, Jessica Korda, and Minjee Lee. They all have Major Championship games and know how to win. Someone with a local tie to follow is Amy Olson from Fargo, ND. Amy is a former USGA Junior Girls champion and set numerous records playing for North Dakota State. I know she is excited to play close to home and is bringing a large contingent of fans from North Dakota to watch her play. Amy tied for 18th at last year’s Championship.

It is setting up to be a fun week of golf, inspiration, learning, and fun with Tuesday’s Pro-Am, Wednesday practice rounds and clinics throughout the week. Daily tickets range from $15-$30 Tuesday to Sunday. Juniors are free with a ticketed adult. Active military and veterans receive complimentary admission.

The best women golfers in the world will tee it up Thursday, June 20th to compete for a Major Championship. Where on the course will you plant your chair to watch the tournament? Maybe on the beautiful par 4 16th? Maybe on the par 3 17th? Maybe between the 9th and 18th greens? Or maybe you will walk with your favorite players. However you plan to take in the competition you will enjoy watching this talented ladies compete on one of the most historic courses in America. I can hardly wait! 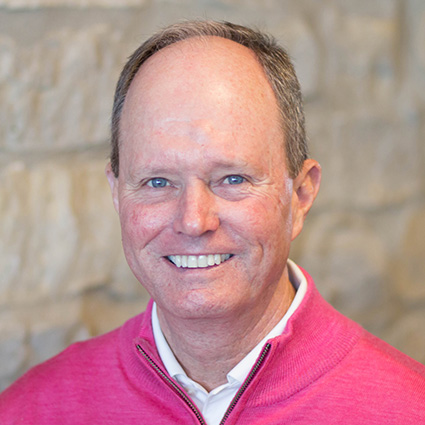