Pavlov And The Golf Swing

We all know about Pavlov’s, but probably not much about Pavlov and the golf swing. Ivan Pavlov was a Russian scientist who lived from 1849 to 1936. He did not play golf. However his ideas have affected the game.

I’m not arguing that Pavlov’s theory isn’t correct – it obviously is true. I just think that human behavior is much more than just conditioned responses.

The industrial revolution had a profound effect on ideas about what it is to be human. And, it had a profound effect on how to manage people. If factories could turn people into robots, it would make management’s life much easier. Before factories, products were made by craftsmen. But factories took away craftsmanship and the individual nature of creating something. Thus, life speeded-up and more people were able to have more things. Everything has a price.

Around this time, Pavlov introduced his theory of “conditioned response.” Because humans are also animals, Pavlov’s theories worked on people too. This theory worked well for factory managers – treat people like lab rats and control them to do the job.

I know this is supposed to be a golf column… thanks for hanging in there with me. This is my way of saying that Pavlov’s ideas have led to the modern robotic golf swing.

Does this modern swing work for PGA TOUR players? Obviously it does – look at the scores. But, what about all of the potentially great players who fell by the wayside because they couldn’t swing like a robot?

But, even more important… what about all of the recreational players who’ve been ruined by trying to swing like a robot?

Hands and instinct are human qualities – not robot qualities. Those qualities should be highly developed and emphasized – not minimized.

Watch the best players play a goofy shot from a crazy stance and at a non-full swing yardage… they’re amazing. Those shots are all hands, feel, and instinct. Robots would fail at those shots… creativity is not a robot’s strong suit.

Most of the amateur players that I see do not have trained hands. They usually have the grip too much in their palm and not enough in their fingers. It’s almost impossible to “swing” with a bad grip. They usually are squeezing the club and hitting at the ball with their shoulders. Activating the shoulders too soon on the downswing leads to an over-the-top action – usually accompanied with no hand action to close the face – and you’ve got the recipe for a big slice… the average golfer’s nemesis.

One summer night about 20 years ago, a very serious woman came in the shop and demanded help with her swing. She stated that she had recently spent a week at a famous golf school in Arizona and now her “perfect” swing was out of whack. So as we walked to the range, she explained that she was moving quickly up the corporate ladder and that her company sent her to the golf school. She was in early 40s and pretty intense. I asked her to hit three shots with her 8 iron at the 100 yard sign. Though it was only about 7:00 pm, after watching her preshot routine, I was worried that she wouldn’t hit her third shot before sundown.

Well, her first shot was a grounder. So was her second… and her third was too. In a huff, she wanted to know what went wrong. I told her it seemed to me that she thought a golf swing was a series of steps and that if she hit a poor shot that we only had to review the steps and discover what step went wrong. She folded her arms and exclaimed “Of course!” Then, I pointed at the sweet spot on the club and said that she didn’t know how to hit the ball there… which she responded with “I don’t know what you’re talking about!” So, I took her 8 iron and said, “What if I do everything ‘wrong’ and hit the ball at the 150 sign?” She said that was ridiculous. So, I stood facing the target head-on and hit a decent shot that almost hit the sign. Because I wanted to make the point, I then stood with my back to the target and hit another decent shot. Because I’m obnoxious, I hit another shot almost off my toes, and another shot where I was reaching way out away from my body. She then yelled, “Those are just trick shots!” And I replied that whether they were or weren’t wasn’t the point, the point was that I could hit the ball at the target because my hands knew where the sweet spot was, not because of my set-up, stance, etc. She stormed off.

You can do the same type of thing throwing a ball. You can stand sideways or facing your target… throw overhand or sidearm… and still hit your target… if you can throw. If you can’t throw… your setup won’t help. Pitching is the same thing. If you can’t throw; your windup isn’t going to help. Years ago, the Minnesota Twins had a pitching coach who wanted everyone to have the same mechanics. During those years while playing golf with some of the Twins pitchers, I bounced my ideas off them. They replied that good pitchers would get traded to the Twins, pitch poorly, get traded and then pitch well.

Athletic motions have certain fundamentals. But they don’t have to be uniform. People are different and can incorporate the fundamentals into their unique body and mind. We are individuals – not robots.

Pavlov was an important scientist. And his theory of “conditioned response” is true and an important step in our understanding how humans function. However, his ideas can be used to control people in nefarious ways. Golf was always a game for the individual… a marvelous way to express the joy of being human. And the golf swing should especially be a reflection of the total person – not a golf swing that minimizes being human for the goal of being a robot. 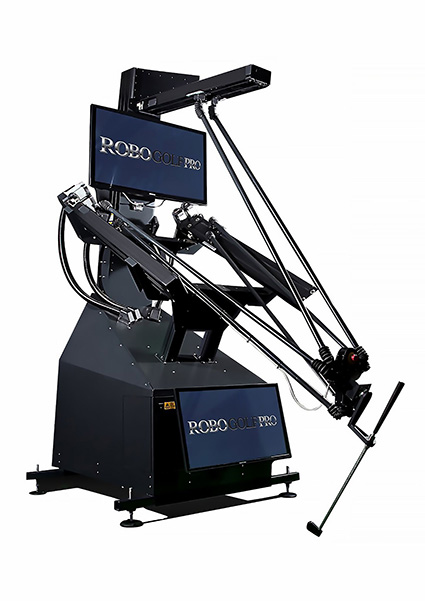